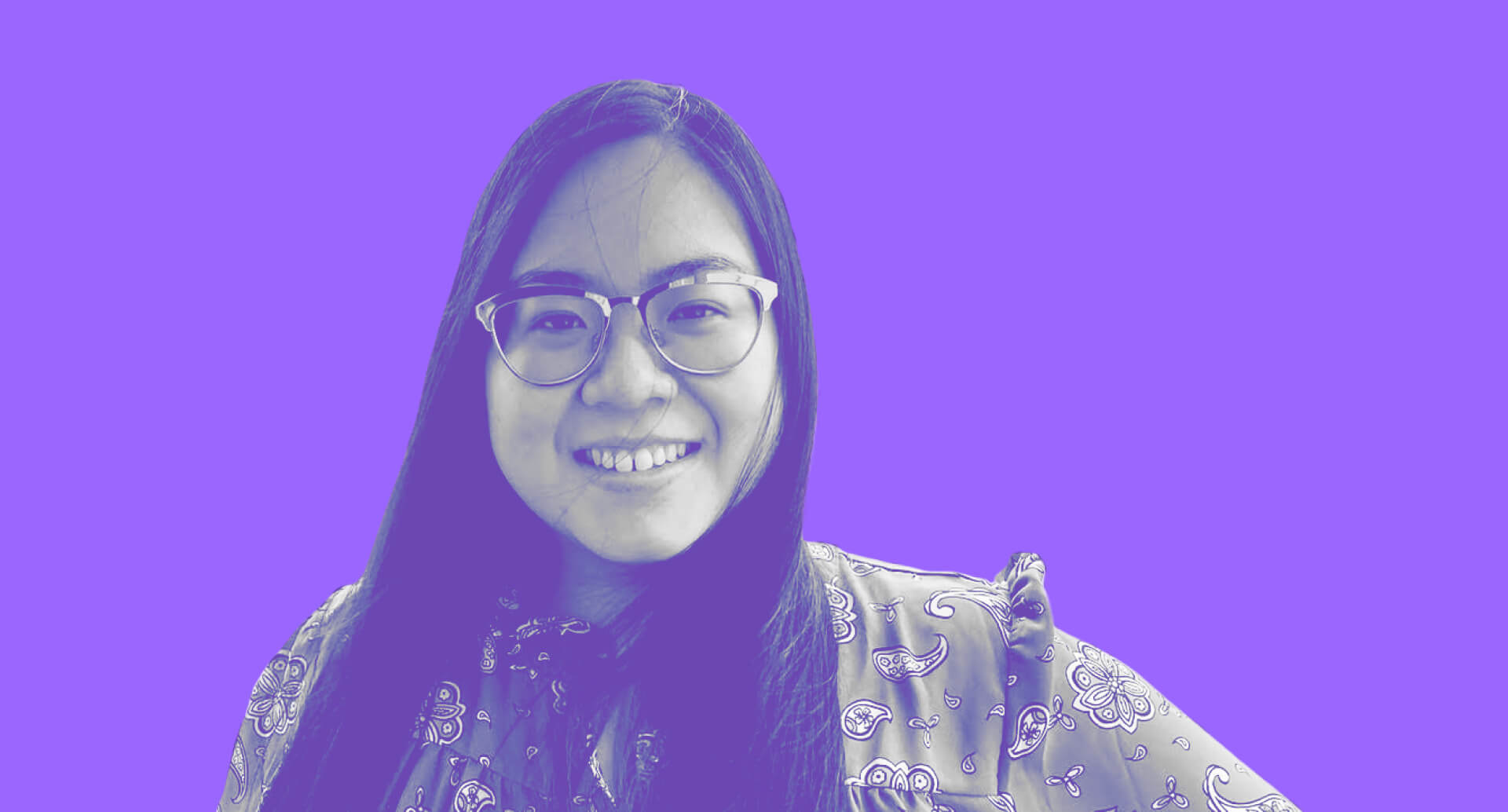 “I truly believe there is a little bit of UX flavor in any job we hold, and the field is open to anyone who has a curiosity for life.”

Before enrolling in our UX Academy program, Van Galasso was working as a Vocational Rehabilitation Counselor for many years; and then as a Long Term Disability Team Leader, managing a team of seven analysts at The Hartford, a private disability insurance company. She had been with the company for nearly a decade and had held various roles throughout her career thus far.

“I feel I really gained some transferable skills, honing my ability to empathize with my clients and gain insight from interviews with them,” Van says of her time in the insurance industry.

Having worked in disability insurance for as long as she did, Van admits she found some job satisfaction in her varying roles, but a part of her always knew that it wasn’t an industry she could see herself working in forever.

“I knew that the longer I stayed around and the more I continued to climb the corporate ladder, the harder it would be for me to leave the company and the industry in general,” says Van. “I started reflecting on what it was that I enjoyed doing, and tried to determine a career path that would fit my interests and abilities.”

A few years ago, Van’s sister completed a coding bootcamp and, knowing her sister was feeling complacent in her career, she tried to convince Van to do the same. Van knew she wouldn’t love coding like her sister did—but then her sister mentioned UX design, and it piqued her curiosity. Van began doing her own research to learn more about the field, and started talking to some folks who had completed UX design bootcamps to get their opinion.

“The more I looked into UX design, the more excited I became. It was a combination of not only my professional interests—including establishing empathy, and digging into the psychology behind people’s actions—but also my personal interests, for example the ability to be artistic and use my hands to create something people could enjoy looking at.”

Once Van decided to make the leap to a career in UX design, she weighed the pros and cons from her research and conversations (in true UX fashion), and ultimately landed on Designlab for her education.

“My decision came down to former students’ testimonials from my own personal network, the robustness of the program, and the quality of the mentors that I would be working with.”

Van started at Designlab with no design background, and only considered herself creative in an analog way.

“I hardly even knew the first thing about Photoshop when I enrolled, and I was really amazed at the progress that I made over just a handful of months,” says Van.

Van added a budgeting feature to the Chase Bank app after finding a need for an easier way to manage budget among millennials during the research phase.

“I am also so grateful to have had so many wonderful mentors and Group Crit facilitators along the way. Special shout out to Julien Deveaux (who is now a co-worker at IBM) and Anthony Faria for all the endless encouragement! They really helped to push me to grow,” Van says.

“I think having the one-on-one time with my mentor was what I found most helpful. I liked being able to do my own self-paced study, and then meet with my mentor to clarify information and progress my learning.”

Now that Van has graduated from UX Academy and landed a job as a UX Design Researcher at IBM, she has some advice for current and future UX Academy students:

“I think that my single best piece of advice to UX Academy students would be to give yourself grace. I may have landed right where I should be; however, my journey to getting there was not at all glamorous. I finished UX Academy a couple of months before the pandemic started and companies were freezing their hiring. It took me about a year to land a role, and it was not an easy year.

However, I exercised patience with myself and I recalled my ability to persevere in past situations to help stay optimistic. I also acknowledged that there were things outside of my control that were contributing to the amount of time it took to get that first yes. Additionally, I tried to stay busy by brushing up on some of my artistic skills that I knew would help me when I did land that job, which actually led to some freelance gigs that helped to keep me busy as I continued on the job search.

It’s still going to be a tough time in the job hunt, and I think self care (whether in the form of some retail therapy, exercising, or just simply ensuring you are taking a break from the job search) is paramount in the process!”

Van designed a responsive website that offered a more comprehensive experience purchasing a new home within a community, which took users on a journey from choosing a neighborhood to designing their backsplash.

Van is now a few months into her role at IBM, and has spent the time learning about their culture, understanding what her role will entail, and getting to know her team. She is currently a design research apprentice on a team of about a dozen researchers, and is also aligned with a product team working on a specific product within the IBM Watson space.

“So far, I really love it. I’m grateful to have come from a large corporation as there have been some parallels, making it easier to navigate as a new hire. We are all currently working remotely, but I have still managed to make some friends along the way and am appreciative of how engaged my new co-workers are!”

While Van figured her first job would be a more generalist role where she would be completing some research as well as some design, she actually landed in a design research role at IBM, which she finds suits her really well.

Van created a simpler way to purchase insurance online and designed a responsive website to sell directly to consumers.

“I’m so captivated at understanding the way people think,” says Van. “I’m excited to see where the rest of my UX career takes me, but thus far, I couldn’t ask for more, in terms of working on interesting and exciting projects, having co-workers who geek out over the same things as me, and having the flexibility to decide how I want to build out my future career.”

In her first few months on the job, Van has been able to connect with her new co-workers virtually through fun events like a multicultural lunch and a virtual cookie decorating contest. She was also able to build out a pretty sweet home office with the equipment IBM gave her.

IBMers are everywhere! Van grabs a bubble tea with a local IBMer.

Since the pandemic is still raging, outside of work Van mostly engages in low-key activities like cooking really delicious food, sketching and designing on her iPad Air, taking virtual Zumba classes, going for outdoor walks with friends, and safely visiting family. She lives in Atlanta, Georgia, and loves to take advantage of the great ways to get outside safely, like the High Museum of Art, the Fernbank Museum, and finding Tiny Doors around Atlanta.

One of Van’s professional goals for the next year or two is to speak at a conference about a topic she is really passionate about: accessibility on the web. Having worked with so many individuals with disabilities for so long, advocating for this population is a mission she’ll take with her into her new career in UX design.

“I am ecstatic about my future in the UX field,” Van concludes. “I have especially loved learning about the backgrounds of so many different UXers I have met in my local community and in my new job, because they are so vast. I truly believe that there is a little bit of UX flavor in any job we can hold, and the field is open to anyone who has a curiosity for life. It is truly a field that does not discriminate based on your background. The more diverse our teams are, the more universal and successful our designs can be.”

Connect with Van on LinkedIn and check out her portfolio.

Interested in making a career switch to UX design? Check out our UX Academy program.