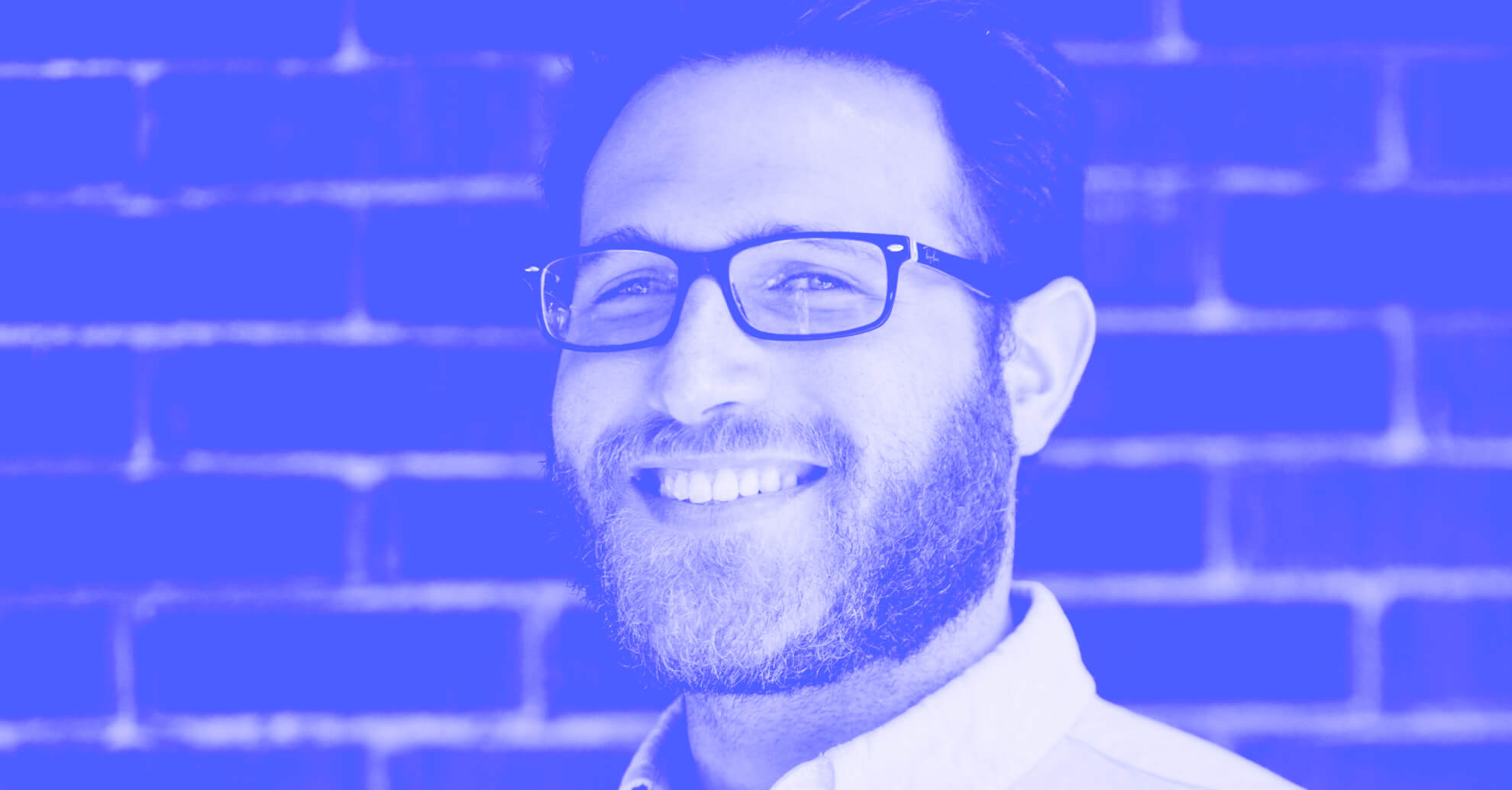 While Justin’s resume may have labeled him as a paid social and analytics guru, he admits to never having actually felt drawn to those roles.

“I say it on a daily basis, getting paid to design things is unreal.”

Justin Goldberg is still in shock that what he does as a UX Designer at TJX is his real-life job.

“Getting to work on products that tens of thousands, if not hundreds of thousands of people use regularly is mind blowing,” says Justin.

“I’m confident that this is the career path I’ve been searching for for the past 6+ years, so it’s as much, if not more, than what I was expecting.”

At the top of huayna picchu overlooking Machu Picchu.

Searching for The Right Career Fit

Shortly after graduating from the University of Vermont, where Justin got a BSBA in Marketing & Entrepreneurship, he moved to Seattle. From there, he bounced around from job to job almost yearly, searching for a role that fit nicely.

During this time, Justin held positions in advertising, account management, sales, and marketing. He worked for companies ranging from fitness to video to music — including for the popular music streaming service, Pandora.

“With each role I was trying to find something more creative, collaborative and invigorating to me. I was sick of spreadsheets and analytics” Justin says.

While Justin’s resume may have labeled him as a paid social and analytics guru, he admits to never having actually felt drawn to those roles.

“I really wanted to be more creative, collaborate, solve problems, make an impact in people's lives, and help shape brands and products.”

“I learned all I could through webinars and networking to really figure out if UX was what I wanted to do. After months of research, I made the plunge and signed up for Designlab’s UX Academy.”

The beginning and final screens of a new bill splitting feature within Venmo.

Now that Justin has graduated from UX Academy and landed an amazing job with TJX, he has some advice for incoming, current, and graduating students.

Set up a schedule and stay focused. If you get overwhelmed thinking about the whole process or the entire project, just break down each thing you need to accomplish into smaller pieces.

Make sure you hit your deadlines so that you don’t fall behind.

Don’t worry if it seems like your work is as aesthetically pleasing as other designers. Many projects you’ll see in group crits are from students who are at different stages in UXA and students come in at ability levels across the board.

Take a second to look back at all of the progress you’ve made. It’s amazing to see where you started and where you are at now.

Don’t get behind on your work, keep on pushing through and you’ll be done before you know it.

Make sure to leverage your network. When applying for jobs, I had no luck getting any callbacks or interviews without a referral. So get out there and dig up some old contacts or make some new ones!

As long as the first role you’re offered isn’t horrible, I’d take it. For example, if the pay is fair and you’ll be on a team/have someone who can direct you and help in your growth, then it's worth taking. An offer is an offer, versus a hypothetical or potential offer. You can always move on from there. People always say, getting a job is much easier when you have one than when you don’t.

Justin is one of five on the TJX UX team. There are three UX designers, including Justin, one senior UX designer, and one UX Manager.

The UX team is nestled within TJX’s Digital Experience team, which focuses on online experiences across all of the TJX brands (T.J.Maxx, Marshalls, HomeGoods, etc.)

“The TJX campus is pretty awesome” Justin says, even though unfortunately, due to the COVID-19 crisis, Justin hasn't been able to enjoy the Framingham, Massachusetts campus very much yet.

“We have a great cafeteria, an awesome gym and even an indoor golf practice range. I’ve heard murmurs of a golf league and a basketball league but haven’t been able to enjoy those yet due to this pandemic. We also have summer Fridays, where we get out at 1pm!”

Catching a king salmon off the coast of Seattle.

TJX makes it mandatory for new hires to have coffee with other employees on their team as well as other teams so they can get to know other employees and start to build their network. Justin has been meeting for virtual coffees during his first few months.

Currently, Justin is involved with conversations about how to improve the shoppers experience across all of the TJX brands.

“We’re always evaluating our online experience against competitors and seeing how we can improve ours. We’re working on things like navigation and ever present search!”

Looking forward, Justin is hoping for a strong performance review in 2021, and hopefully, on his way to a promotion and a long career at TJX.

“Designlab prepared me extremely well for the real world. If anyone has any questions or wants to talk to a local Boston UX Designer, please reach out on LinkedIn! Hit me up, I’d love to help out just like other graduates did for me.”

Connect with Justin on LinkedIn and view his portfolio.

Interested in making a career switch to UX design? Check out our UX Academy program.​

4 Fast Ways To Level Up Your Typography Game
Tips & Tutorials

4 Figma Tips For Prototyping Like A Pro
Software Tools