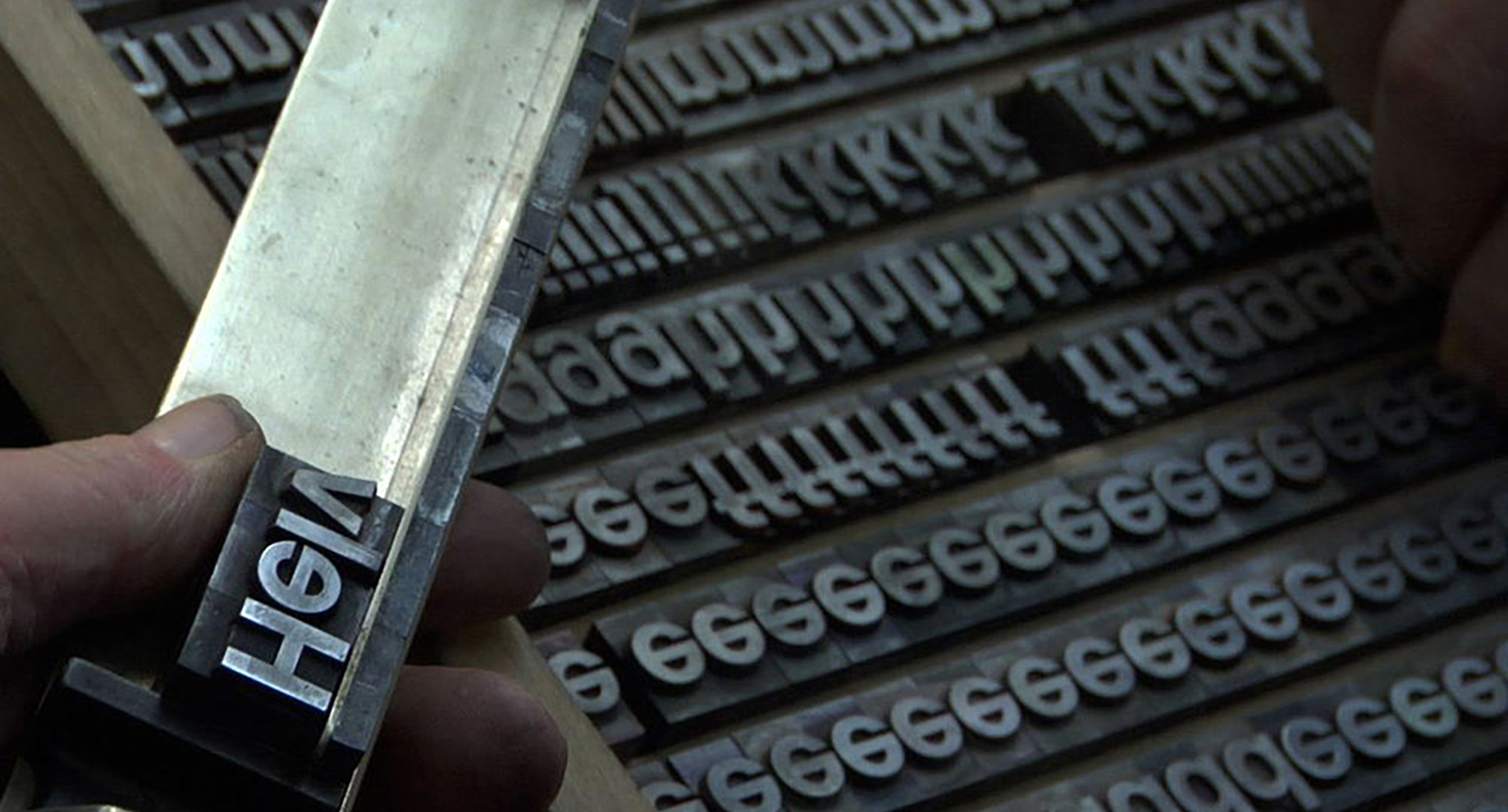 Whether you’re taking 2 days off for the holidays or 2 weeks, chances are you’ll want to put your feet up and binge some festive box sets.

But once you’re done with the mandatory Home Alone and all six Die Hards, why not get inspired for the new year with one of these great design documentaries?

In this piece, we’re sharing our selection of awesome art & design viewing. Got more suggestions? Let us know over on Twitter or Instagram!

This year, Netflix released a much-anticipated follow-up to their Abstract series, which first aired in 2017.

Season 2 makes a welcome move into less familiar territory, featuring designers as diverse as Cas Holman (who designs for play), Ruth Carter (who designs costumes), Neri Oxman (who designs at the biological level), and Olafur Eliasson (who designs art installations). There’s also an episode with Jonathan Hoefler for all you typography geeks.

There’s an episode on product design, though I found it a little disappointing, partly because it didn’t focus on the user-centered nature of the field. Overall, though, this series offers a great insight into a wide range of design practices.

Speaking of typography geekery, our holiday season would be incomplete without a ritual rewatch of Gary Hustwit’s iconic film Helvetica (and yes, it really is an entire movie about a font).

I first saw this when I was young and (even more) naive, and my entire concept of design at the time didn’t reach far beyond the beauty of the serif on Helvetica’s lowercase “a”.

Since then, I’ve learned to appreciate the incredible diversity of typography and graphic design, but I still find something ineffably fascinating about the neutrality and elegance of Helvetica.

If you enjoy Season 2 of Abstract, and didn’t see Season 1 when it was first released, rewind and check it out!

Although the first series focuses on more mainstream and established figures—and falls somewhat short when it comes to explaining the “how” of design—it still has brilliant moments, with the first episode by illustrator and author Christoph Niemann a particular highlight.

This wonderful documentary profiles the life and work of the famous street fashion photographer, Bill Cunningham. Eccentric and enigmatic, Cunningham’s early career was spent as a designer of women’s hats.

He worked for the New York Times for many years, and became known for his candid street photographs—every socialite wanted to be photographed by Bill.

Rams is the latest in Gary Hustwit’s series of design documentaries, and follows earlier movies including Helvetica and Objectified.

It paints a portrait of the great industrial designer Dieter Rams, whose “10 Principles of Design” are amongst the first things our students learn in Design 101.

Hustwit’s film includes extensive interviews with Rams, as well as analysis of his principles and many of his famous designs for Braun and Vitsoe.

What is creativity, and what makes a person creative? In The Creative Brain, Dr David Eagleman examines these fundamental questions from the angles of psychology, philosophy, and culture, and finds some surprising answers.

After the rise of the printing press in the middle ages, very little fundamentally changed about the production of printed graphics until the advent of the computer and digital design tools from the 1970s onwards.

Graphic Means presents a history of graphic design through the lens of how the industry developed technologically in the late twentieth century. It explores how new tools transformed not only graphic design, but also wider culture—and democratized the means of graphic design production in the process.

This movie tells the incredible story of Vivian Maier, a street photographer who worked as a nanny and whose prolific photographic output was unknown until after her death in 2009.

She is estimated to have taken around 150,000 photos. In the decade since her death, her work has been widely exhibited, and has met with critical acclaim.

9. Milton Glaser: To Inform And Delight

Best known for the I ♥ NY design originally commissioned by the State of New York, Milton Glaser was one of the greatest graphic designers of the twentieth century.

Featuring interviews with the man himself, To Inform and Delight explores the breadth and depth of his work—including newspapers, magazines, prints, posters, paintings, interiors, and logos!

If you’ve made it all the way through this watch list and are still hungry for more, check out these amazing films from graphic design legend Saul Bass and art critic John Berger—and why not wrap things up with Fritz Lang’s iconic 1927 silent film, Metropolis?

Happy Holidays from all of us at Designlab!

Looking to switch careers in 2020? Check out our UX Academy career accelerator—and grab your free syllabus

How a mentor can help you master design faster
Changing Careers

Design For Good: What It Is & How To Get Started
Industry Trends