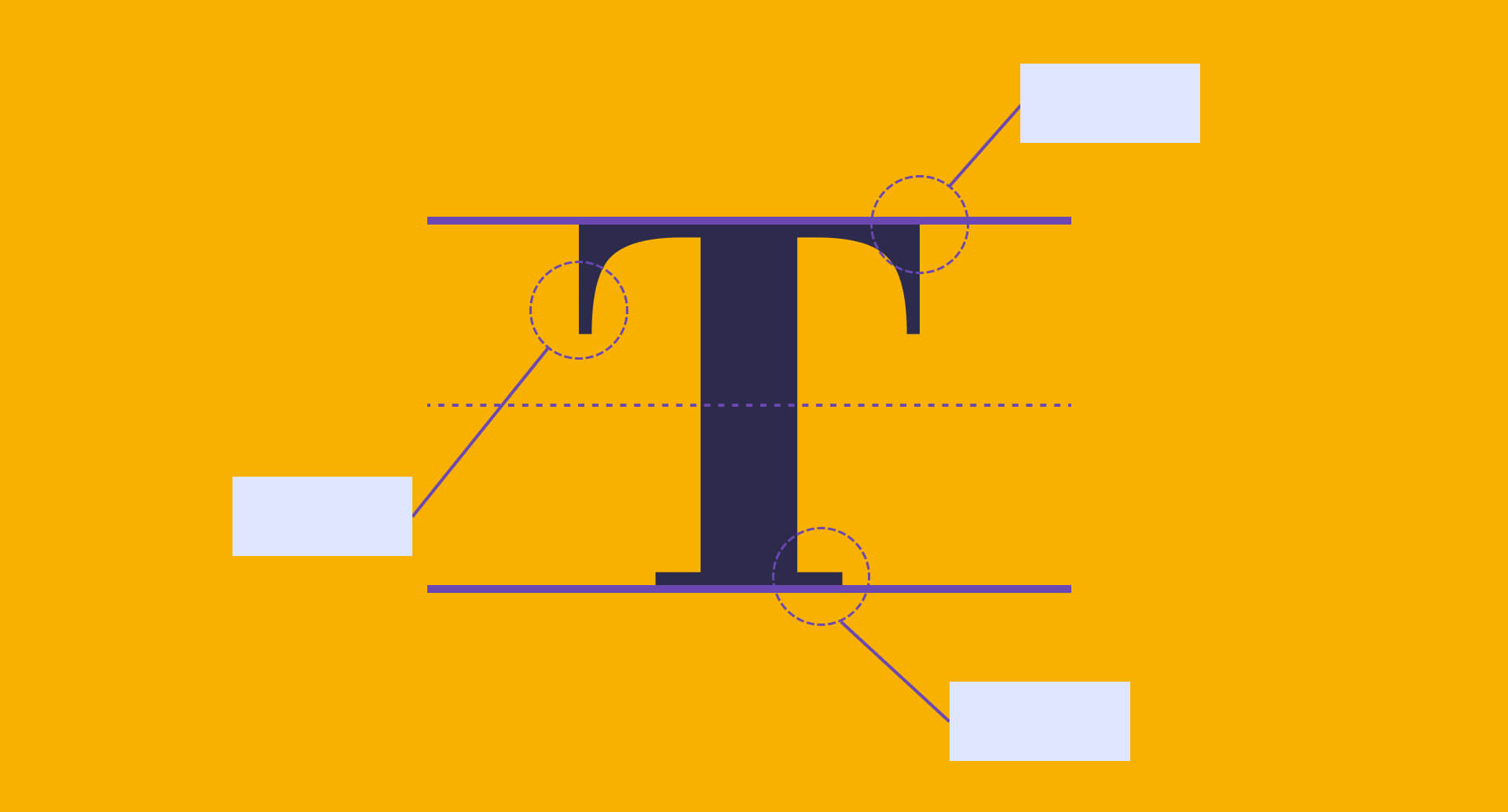 Learning the elements of typography will help you better understand how to pick a suitable font for your design projects.

Typography is the art and technique of arranging type to make written language legible, readable, and appealing when displayed.

Like many elements of design, typography has a way of seeping into our psyche and resonating with us deeply. Think about some of the most well-known fonts—like the Disney font, for example—and the feelings they bring up for you.

Learning the elements of typography will help you better understand how to pick a suitable font for your design projects. Here are 20 vital terms to help you continue building your design vocabulary.

​Font: A digital file of a typeface. These are files you download and put into your computer’s or website’s font book to display the downloaded font.


Typeface: A typeface is also called a font family. Typefaces are the design of the fonts we actually use, it is a collection of a specific type of font for all letters and punctuation. 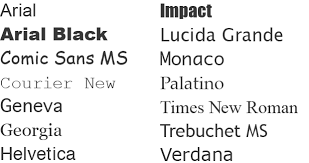 Serif: An extra stroke that is added to the end of the main vertical and horizontal strokes of a letterform. Serif typeface when used in print form is "argued" to be the most legible choice. Two common serif choices are Times New Roman and Georgia. Impressions conveyed by Serif are traditional, professional, and established. 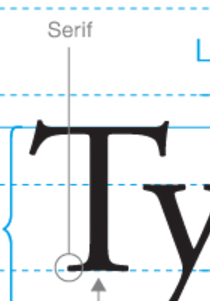 Sans-Serif: When serifs are absent from a typeface. Sans give the impression of strong, contemporary, clean, and simplified. Common sans serif are Arial and Helvetica. 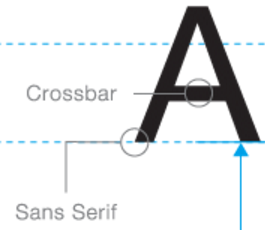 Italic: A typeface where letters lean to the right.  It is used especially for emphasis or distinction. 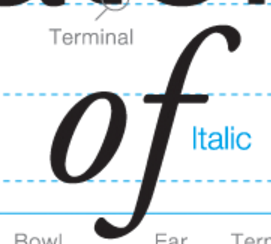 Baseline: The imaginary line where all characters sit or rest. 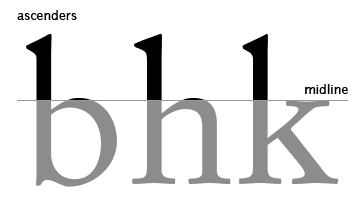 X-Height: The space between the baseline and the midline. 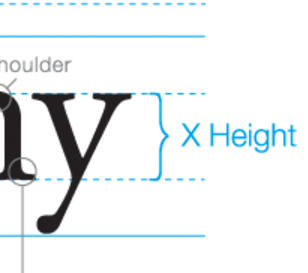 Cap Height: The height of a capital letter measured from the baseline up. 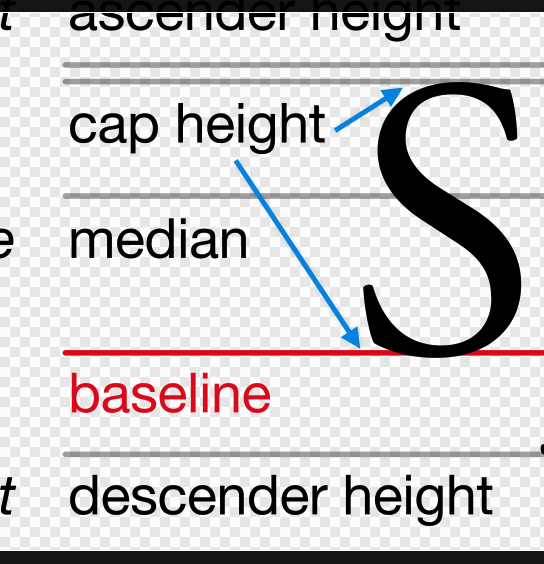 Ascender: The parts of lowercase characters that lie above the midline. 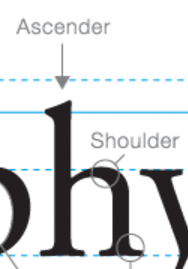 Descender: The stroke of a letter that extends beyond the baseline. 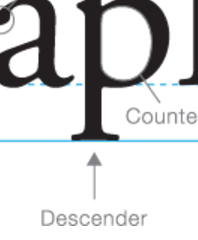 Body Height: The length between the top of the tallest letterform to the bottom of the lowest one. 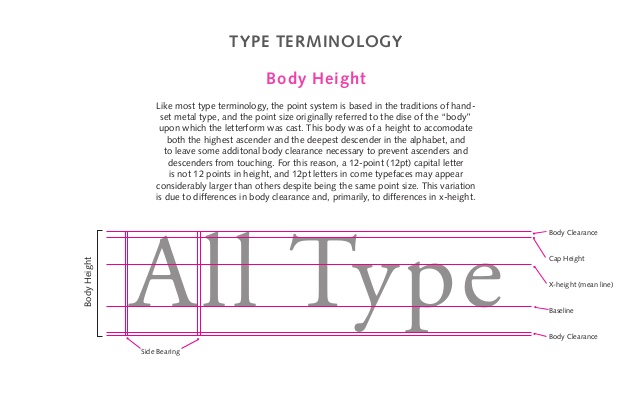 Bowl: The closed, curved part of letters, including d, b, o, D, and B. 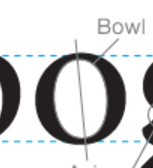 Ligature: In a typeface, this occurs when two or more letters combined into one character, for example AE represented as æ. 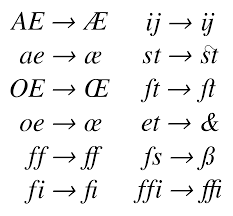 Leading: The vertical space between baselines.  The term originates from early days of printing, when lead was used to increase the vertical spacing between lines of type. 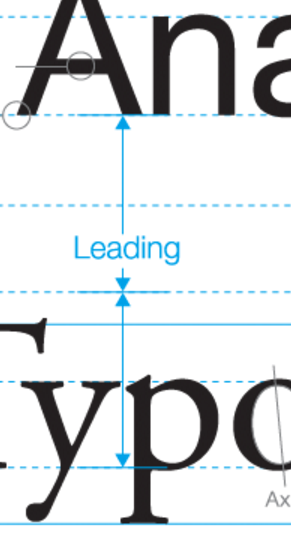 Kerning: The spacing in between characters. 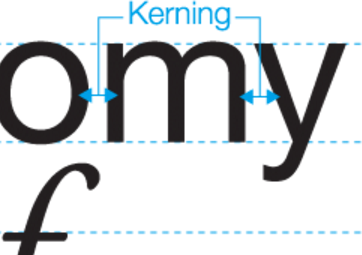 Anti-Aliasing: Semi-transparent pixels along the edges of letterform outlines to smooth jagged edges.

Counter: The area of a letter that is entirely or partially enclosed by a letter form or a symbol.

Aperture: The opening or partially enclosed negative space created by an open counter.

Double Story: A type of letter that has two counters, as opposed to the single-story version, which has only one counter.

How to Land a Remote Product Design Job
Changing Careers